There's a type of space-filling fractal curve called a Hilbert curve.  In its mathematical form, it's an infinitely long line that winds its way around a finite space like a square.

In my recent tradition of trying All Sorts of Stuff on a laser cutter, I thought it might be interesting to cut a (finite) Hilbert curve into a sheet of paper with a laser cutter.  This is the sort of thing that would take several days with an X-acto knife.

Now I have a square of paper that is only about 6x6 inches in size, but if I pulled the ends of it apart as far as they will go, it would be about 20 ft long. 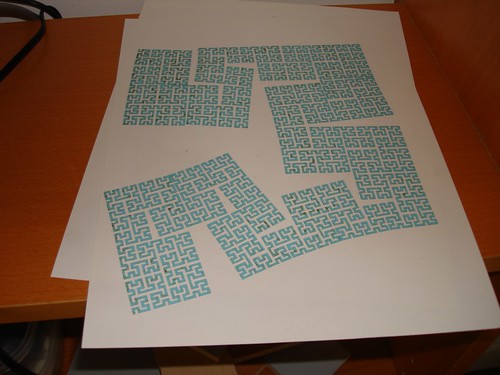 I'm playing around with other forms of it to see if I can make a mobile:
( Collapse )
Collapse