Yesterday I blew through another 800 photos.  My plan is to process a few hundred from each part of the world instead of the entire set.  That way, I can more quickly get a sense for the feasibility of the photo-pairing program I'm considering creating.

I continue to be stunned by Adobe Lightroom.  There are so many methods for refining a photo, and they make a very versatile toolbox as a group.  I can brighten up a face to make it pop, de-emphasize some distracting object on the side, fix the lens vignetting issue that my relatively cheap camera has at wide angles...  I have to focus these efforts on the best photos though, or I'll sink in way too much time.

Working on photos gets me into a flow state that's reminiscent of coding, though it's a much more emotional state as I'm going through powerful memories from my trip.    It gets draining after a while though.  If I had to do this with a bunch of strangers' wedding photos, I'd drive myself insane in under a week.

Now I really miss India.   Seeing the photos again brought back a lot of the intensity of my few days there. 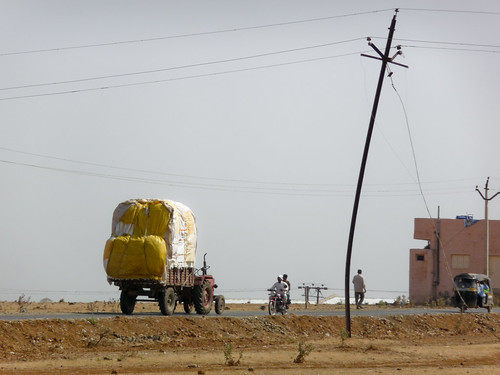 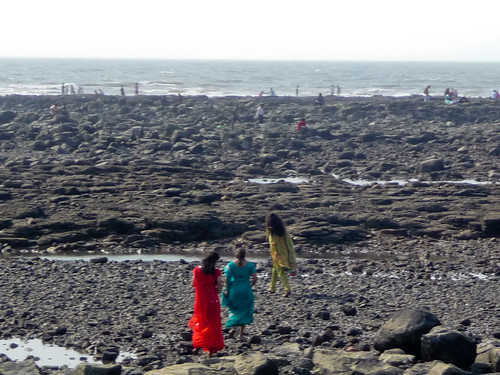 I really wanted to see Slumdog Millionaire before getting to Mumbai, but none of the nine flights I took prior to Mumbai had it as an option. Ironically, my flight out of Mumbai had it. However, the flight was short enough that they deactivated the personal seat-back entertainment system when the movie was 90% finished. In fact, the last thing I heard was “This is your final question. For 20 million rupees...[click] We are now beginning our descent into Doha. Please turn off all portable electronic devices, stow your tray tables...”

The next flight I took had it (weirdly, a Boeing 747 for a 1-hour flight...), but the flight was so short they wouldn't give me a headset. The next flight, a much longer flight, had no personal entertainment system. Grr.

In Mumbai you can see the slums from the airplane even after it has landed. I can see them right now while waiting for my flight to Dubai..

My host offered to show me around some of the more productive slums in Mumbai – I opted for that as opposed to the organized tour. The ones I visited house a cottage industry of various small scale mechanical and electrical engineering production runs. Each business consists of one or two machine tools in a cramped room, so any complex project involves cooordination of several businesses. The tools they are using (mills, lathes etc) appear to be 30-50 years old. However, they have figured out how to use these old tools to precisely machine complex items that are hard to do wihtout modern CNC tools. Since the tools are cheap and labor is extremely cheap, they can effectively compete with more well-funded companies with better tools. I got the chance to talk (via my host, who interpreted) with several of the owners and understand how their businesses wotk.

These small shops were intermixed with people's homes, open drainage ditches, and shared community bathrooms. The spacee between buildings was very narrow, and I had to duck through several doorways.

It was all fascinating, and there's no way I could have seen any of it without the help of my hosts.

In less than four hours, I'll be in the gleaming urban canyons of Dubai. Contrasts are interesting.

Several other people have now asked me how many girlfriends I have.  I typically answer with some number between five and twenty.  They have interesting ideas about America.

My four-day rush through a narrow slice of India was like a really good party... the most amazing and intense experiences just couldn't be photographed.

Despite having spent five days in India, it's never felt entirely real.

Every now and then I stop and experience the fact that I am a conscious being and that I am experiencing what I am experiencing right now right now. It's a reality check on the nature of my own existence. I do these at least once a day without explicitly planning to do so. The funny thing is that they don't work here. Something feels different, as if I'm not really experiencing it and I'm more living in a dream. Many of my visits to exotic places feel like dreams after I have left, but this feels like a dream right now.

I can't chalk it all up to sleep deprivation. I think it's more the intense sensory experience of being here and the first genuine culture shock I've felt in a while.

One image that comes to mind: while traveling on a train, I caught a brief glimpse of a group of squatters living inside a power substation. Yes, inside the thing with 250,000 volt wires near the ground, supported by giant bellows-shaped insulators. Apparently you can live there without getting fried as long as you don't get near certain areas, and even the small children know where those areas are. In India even the poorest women still wear brightly colored saris, so this image came as a flash of bright colorful bodies in a tangle of gray.

Just imagine being on a 3-hour bus ride and looking out the window the entire time because something that striking shows up every couple of minutes. I think thats what's messing with my perception of reality as reality.

Given that it takes 1.5 hours to get to the interesting stuff in mumbai (each way) from the airport, I'm spending my 6 hour layover reading and blogging. Nice how that works out.

What I've noticed so far:
– This is the first place I've been *in the world* where middle/upper class people still primarily wear their country's traditional dress. Given I'm in the airport making a domestic transfer, I'm probably seeing the upper crust of Indian society. I'm surrounded by women in beautiful saris. (yes, it's amusing that I, a straight guy, am looking at the fabric instead of the wearer's body and face even though a lot of the women are very pretty) None of the men are wearing traditional Indian garb though... probably an artifact of the businessmen having to spend so much time interacting with other cultures. I suppose I'll see a lot more traditional garb in the middle east.
This airport is horribly disorganized. Horribly. Admittedly they're doing construction, but should the shuttle bus between the terminals (not connected in a walkable fashion) only come once an hour? Seriously.
– Gender roles are much more traditional in this part of the world. There was an ad saying, “book a flight during [some special period] and your wife flies for free. It's like a 1950s era Life Magazine ad.
– There are slums right next to the airport. The planes come within 300ft of them. I suppose it's my introduction to the startling income inequalities here. There's a company that does ethical slum tours (no photography allowed)... I'll probably do one.

As I entered the immigration area, I walked past a long line of numbered counters with a little light illuminating the numbers of the free ones, each staffed by an Indian immigration official. We all stood in one line, and when we got to the front, another Indian official in a chair told me which number to go to. I suddenly got a huge grin on my face as I realized that I was getting a taste of home. Anyone who's been to the Palo Alto Fry's knows what I'm talking about.
Collapse